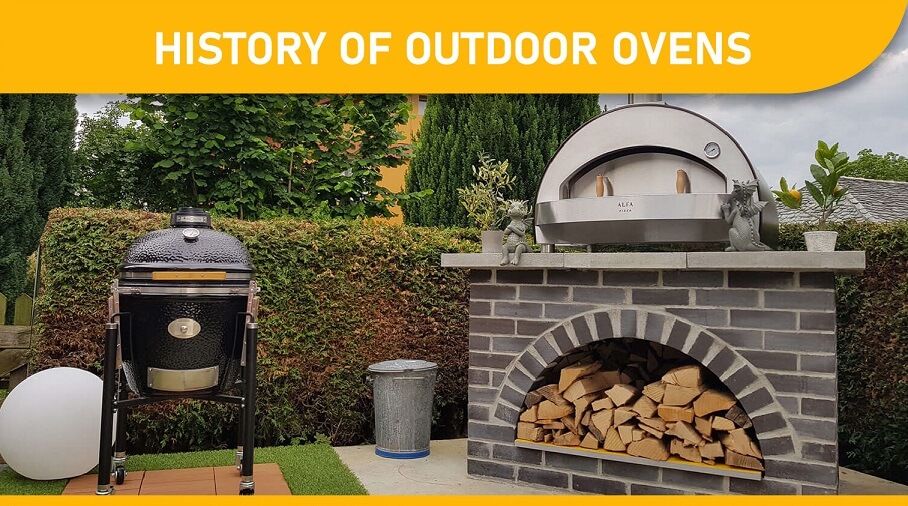 Where did it all begin?

We do know that the earliest outdoor ovens were better related to our distant relatives that hunted the Woolly Mammoth. It seems that Paleolithic humans, or what we often refer to Neanderthals were pretty adept at hunting Mammoth. But once you finally bag on those these big puppies, how do you cook it? Research has revealed that large pits were dug into the ground and a fire was built inside the pit.

Stones were then placed over the fire once it died-down and the meat was placed onto the heated stoned. It’s very similar to how Hawaiians cook their meat yet this practice was uncovered in the Czech Republic in 2009. It shows us that the earliest outdoor ovens date back more than 29,000 years ago.

Ancient Barbecues Not for Wimps

The advances of civilization

Ancient artifacts found in Egypt only 3,400 years ago have also revealed that pre-dynasty families used a wood-burning oven. Though it had advanced over the years, there’s proof that meat was often slow-roasted was obvious. They used Nile clay bricks to build a hearth while a fire underneath could cook food. It was also noted that these pits had become more controlled and had moved indoors.

This tells us a lot about the comfort level of dining at home, although this practice wasn’t limited to outdoors. The amount of smoke that would have been present while slow-roasting would fill a home unless there was good ventilation. There’s very little historical proof of when outdoor ovens or cooking pits were abandoned. It may only have been a question of how different tribes and ancient people had advanced in their cooking skills. 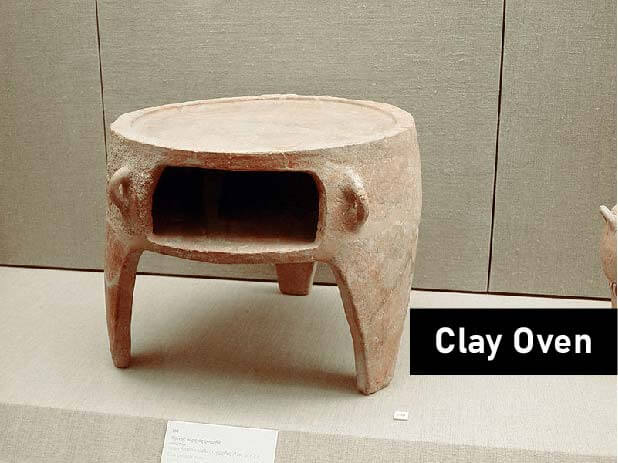 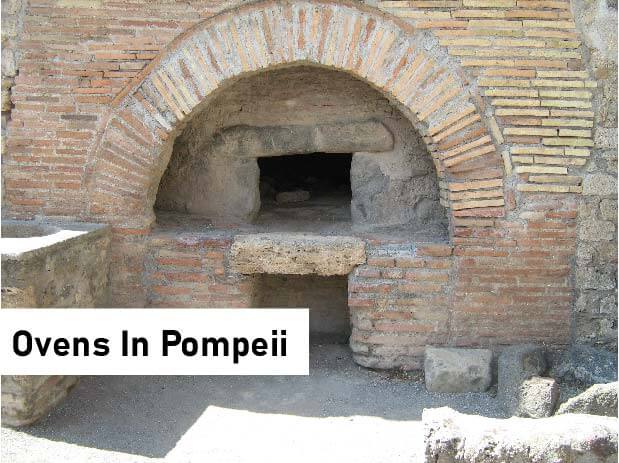 Perhaps the best-known example of technology was further advanced by the Ancient Greeks. They were among the first that turned outdoor ovens into bread ovens. They were using science to create the type of oven that was best used for baking bread. This led to the creation of the ‘Ipnos’ or more commonly called a clay oven. These ovens were also portable and one notable discovery dates back to 17th century BC.

As long as 7000 years ago, ancient Greeks were further pigeon-holed as being bread-eaters by the early Romans. It didn’t take long before the Roman Empire was upping their game and eating bread as well. They enjoyed flatbread covered with lard, onions, and herbs called Plakous. While this may have been a precursor to what we might call pizza, petrified remains can be found in Pompeii.

This was perhaps the most significant discovery for the most modern ovens that show how clever the ancient Greeks were. There were a total of 30 brick ovens uncovered in Pompeii that were well-preserved. Some of which still had bread inside that never found it’s way to feed the ill-fated citizens when Vesuvius erupted. Yet, that’s nothing if you consider that oven technology advanced from that point in a widespread explosion across Italy.

While the Greeks may have perfected the first ideal dome-shaped oven, the Italians knew how to do it better. Their invention of the Forno Romano and the expression Al Forno! -which means ‘from the oven’ is historically significant. The level of dedication that the Italians have for cooking also shows how important ovens were to their daily life.

The Spanish brought many things with them to the New World when they landed sometime in the 1500s. They also brought something that was brought to them by the Moors along the Iberian Peninsula. It’s called the Horno and is essentially an outdoor oven. The Spanish also brought wheat with them and encouraged the Native Americans t plant this in addition to corn. This new type of beehive-shaped oven now allowed Indians to bake bread! 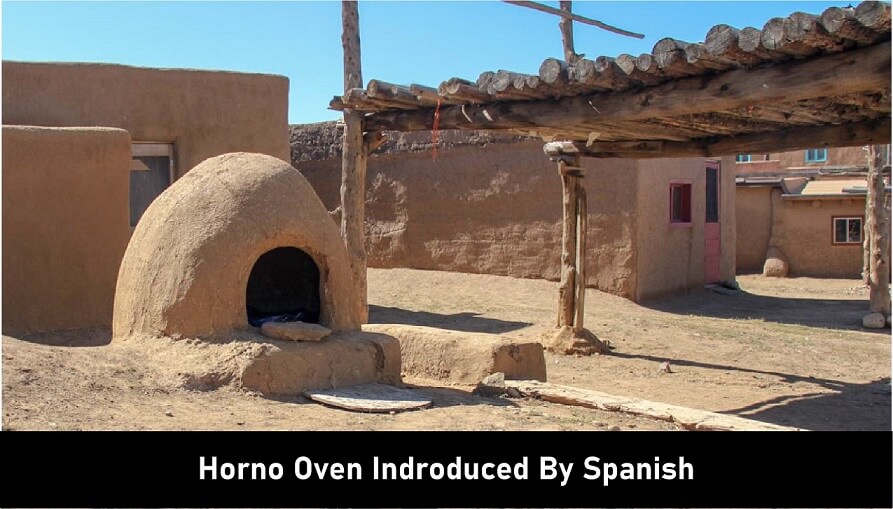 It shouldn’t come to a big surprise that Pizza is the most popular food in Brazil. In San Paulo, popularity has reached 1.4 million pizzas eaten every day from 6000 pizza shops. It seems that the Spanish not only brought the Horno but also the means to cook differently. This invention soon found its way up to North America and was used by Pueblo Indians almost exclusively.

The early European immigrants traveling through North America had no idea that Pueblo Bread in New Mexico was from Spain. This round trip of outdoor oven technology only took 300 years to be rediscovered again. For settlers who were heading west along the wagon trail, it must have been a surprise to find fresh-baked bread.

Back in the 1880s, traveling on a wagon train was a rough life for the European settler. There was no room on a wagon for bringing cast iron ovens, so they had to find other ways to bake. Luckily, an invention from the 1700s by an Englishman was looking to create a cheaper way to produce cooking vessels. The Dutch oven was created with a process by using a cast iron pot that had legs. It also had a snug-fitting lid that could be covered, so that hot coals and ashes were put on top. 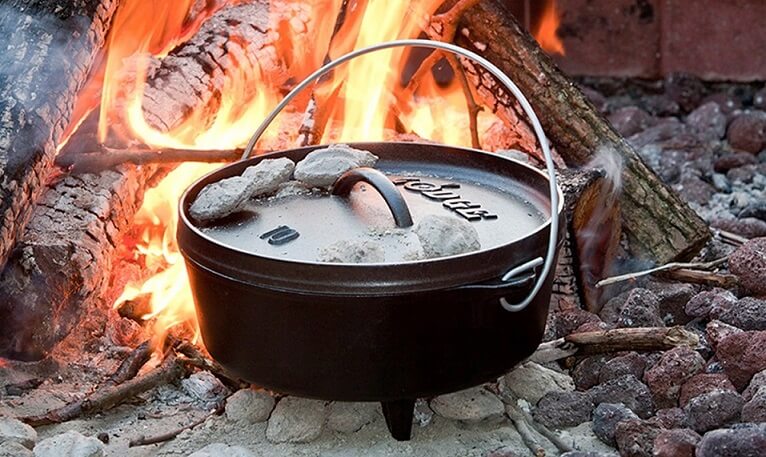 This is exactly what came in handy along the dusty trails of early pioneer America. Thus it became the perfect outdoor oven that settlers could use to bake bread whenever they wanted. This oven was famously carried by the legendary explorer’s Lewis and Clark along their journeys across America. Interestingly enough, it’s among the few items they returned with them too, proving how important it was.

Not until the late 1800s were cast iron ovens created in factories in the East of America. By the early 1900s, Italian immigrants were already coming to America and opening businesses. Using the knowledge of oven cooking they grew up with, they opened pizza restaurants in Brooklyn and New York City. Many of the ovens the Italians had built were wood-fired ovens that are built in a specific manner. You can read about that history here: https://www.lepanyol.com/en/history-use-wood-fired-oven-bread-pizza.html

A renewed interest in the outdoor oven cooking

In the last decade, there’s been a growing passion for using an outdoor oven. Just as BBQ cooking took America by storm in the 1950s, home baking has reached new levels of creativity. Now it’s becoming common to see more than a few outdoor ovens custom-built alongside BBQ grills. For the latest in the evolution of pizza ovens, check out the automated 800 Degrees Oven that’s making a name for itself.

For most people, it can be quite expensive to build a permanent oven outside. But that doesn’t mean that it’s not impossible to pull-off easy enough. So here, we cover exactly how you can make your own outdoor oven. Should you not be the DIY type, don’t fret, check out some of our picks for cost effective pizza ovens here.

How to make a backyard wood-fired oven

Making a backyard oven can be rewarding and in many ways more effective than your indoor electric oven. This is why certain food such as pizza and bread turn-out better in wood-fired ovens. It has a couple of elements that make it ideal since you get heat conduction from the stone surface. There’s also a confection heat that radiates over the surface too; the design of having both of these abilities is what makes an excellent outdoor oven. Are you ready to build the perfect outdoor wood-fired oven already? Here’s how to do it right.

There are only a few requirements for this that can cost you under 200 bucks. Here is what you’ll need to start.

How to build the oven

Don’t forget the accessories, visit our page dedicated to them!