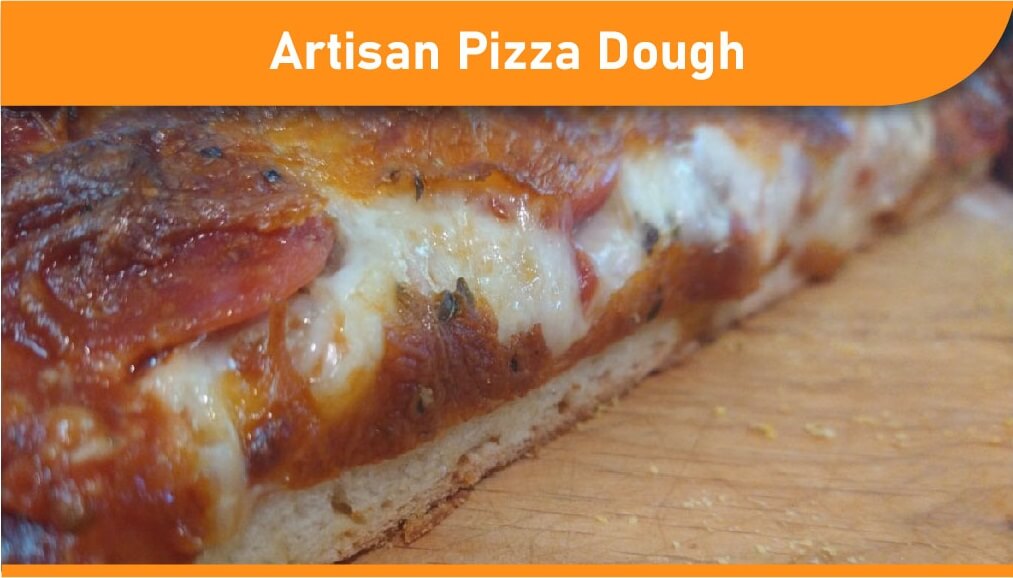 A common question is; what makes bread Artisan? Because we said so? Still doesn’t work?

Even with how little the phrase can mean at times, there is a specific idea behind ‘Artisan’.

First is batch size; generally smaller. Second is adjuncts used; preferably none. That makes Artisan bread very similar to the idea of organic food, with no unnecessary chemicals like dough conditioners and rising agents beyond yeast. Lastly, crafting through tweaking times, temperatures, and some techniques, is where the truly artisan aspect comes from; the human side.

There are those that say it is defined by having an oven and a counter, and everything is done by hand. While we applaud that approach, there is always room for a stand mixer to do some heavy lifting when it comes to kneading if the batch size is appropriate. That being said, always put the dough on a board or counter and knead it for a few turns by hand. Getting to know the feel of the dough, and appreciating the silkiness generated by kneading, is an important step to improving the craft of baking.

The easiest way to build your own artisanal pizza dough is based in focaccia recipes. These have a high oil content for texture and browning characteristics. They are also a single rise traditional yeast dough, so it fills the bill in that fashion as well. It offers a coarse chewy texture that is desirable in hand made pizza. You will even find focaccia dressed up with sauce and cheese billed as a pizza bread, and it is pretty tasty. Additionally, if you’re using one of those tabletop style pizza ovens, you’ll want to make some adjustments to the dough to offset how the heat affects cooking in smaller ovens. 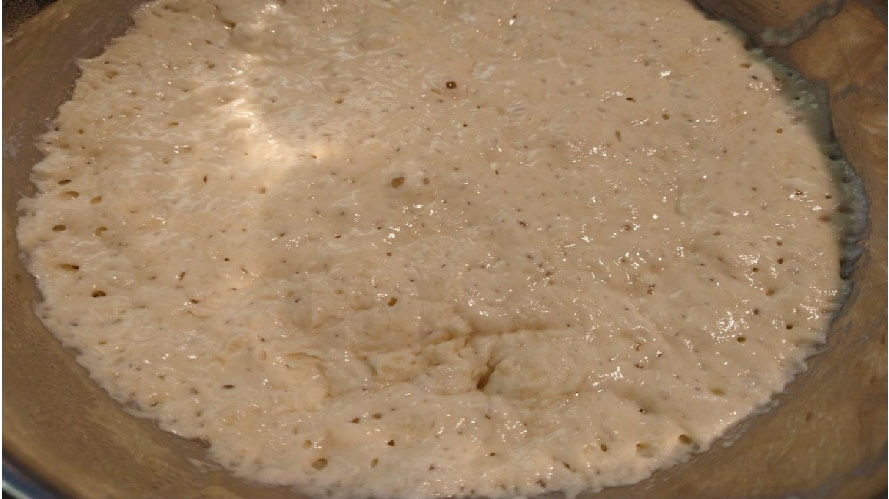 Sticking with the spirit of a more crafted product, it is fun to use the full arsenal of techniques to truly craft a special crust for your home made pie. And really, most of this is just time and patience. For example, start a sponge the night before. That longer fermentation will push your dough to the flavors and textures we love in sourdough. Bump up the flavor with a lightly higher salt content, balance the detrimental effect of salt on yeast with a small amount of extra yeast food, sugar. After the rise, shape and let rest, or rise, for a brief period. These are some of the things we did, which you will find in the recipe at the end of this article.

One aspect of artisanal cooking is to use some specificity in ingredients. The first recommendation we have is to use bread flour versus all-purpose flour. Bread flour is made with wheat that contains higher gluten and protein amounts. This is in turn will give you better texture, chewiness, bubbling, etc. If you need something gluten free, you can check out our AIP article but it’s less traditional.

Olive oil is naturally the oil of choice for pizza. Don’t worry about getting the lightest mild variety out there. The crust, and the end pizza as well, will stand up to any flavor the oil might impart. Beyond that, the only additional ingredients are yeast, salt and sugar. For salt, kosher salt typically has no iodine. Naturally colored salts get that way because of impurities in the earth around them, but not enough to make a noticeable difference in your outcome. Just keep this in mind. 1 teaspoon of table salt has more sodium, the smaller grains compact more, than a teaspoon of, say, kosher salt with looser large grains.

Think about artisanal breads that you see…steal their ideas. Put a fine dice on roasted garlic or caramelized onions and mix them right into your dough. Finley dice Kalamata or other such olives, or sun dried tomatoes, and mix them in, possibly with less salt in these cases. Fresh oregano, or a sachet of Italian herbs can broaden the flavors of your base dough. 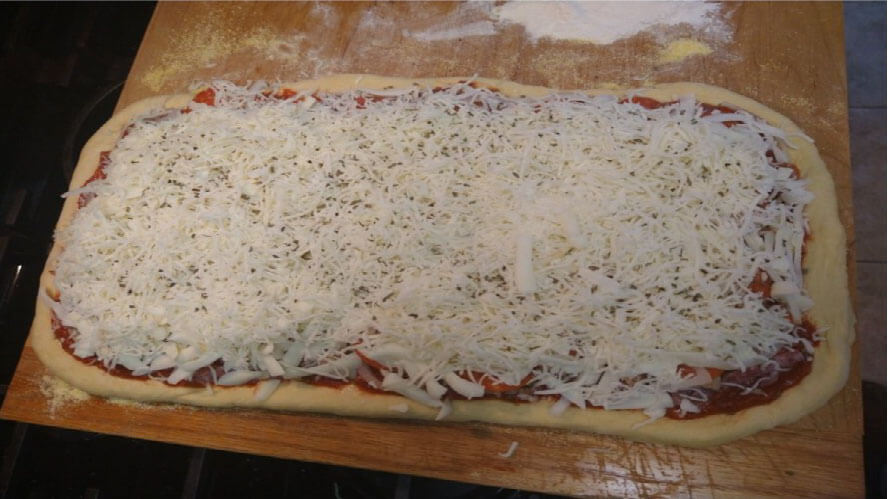 We’ll leave you to it for everything on top, from sauce to actual toppings. Ours was done in a Chicago style with the cheese on top. More like a deep dish since we went heavy with the toppings to offset a hearty crust. You can certainly go thinner on your crust, and get more pizzas from this recipe.

That’s the best thing about learning a solid approach to your crust. It lets you go far afield and explore all the options that we now include in the realm of pizza.

A couple of basic pizza techniques will also let all your effort shine in the final product. Such as, not everyone has a pizza stone. We didn’t. But we had a griddle that worked just great. Like a stone, we preheated it in the oven to temperature and transferred the raw pizza on to it. Whatever vessel you use, get it hot first. This gives your crust a good shock, and insures that it will keep pace with the toppings and cheese during the cooking process.

If you are cooking under 425 you can build your pizza on parchment and move it to the hot surface quite easily, since again, not everyone has a pizza peel (the name for the big paddle) in their kitchen. The other old school technique is to dust the bottom with corn meal. The meal will act like the wax grains on an old shuffleboard table, allowing the pizza to slip over the top of the meal as you move it to the pan or stone. The longer it sits, the more the meal will be absorbed into the dough. So, the longer you plan to let the dough rest before cooking, the heavier the dusting it needs.

If you like leaving a nice ring of exposed dough around the edges of your pie, then make a mix of olive oil and garlic to spread over the dough edges as a tasty reward for those who have eaten their way there. A loose sprinkle of cheese, parmesan in particular, will also give that exposed dough an attended to, appropriately Artisan look.